Lost and Found / by Ron Padgett 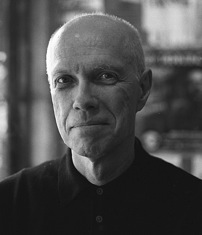 Man has lost his gods.
If he loses his dignity,
it’s all over.
I said that.
What did I mean?
First, that the belief
in divinity has almost

By dignity
I meant mutual
self-respect, the sense
that we have some right
to be here and that
there is value in it.
(Values are where
the gods went
when they died.)

My dog Susie doesn’t seem
to have any values, but she does
have Pat and me, gods
she gets to play with and bark at.

*
About this Poem:
“In the pile of miscellaneous papers always on my desk I found a scrap that contained the words in this poem’s epigraph, and I vaguely remembered having scribbled them down. That triggered the poem’s beginning: ‘I said that.’ I liked the unusual idea of quoting oneself in an epigraph. By the way, the corny play on god/dog was unintentional.”