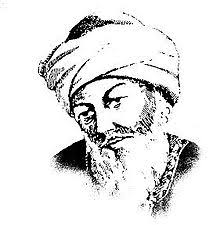 Being humble is right for you now.
Don’t thrash around showing your strength.

You’re naked in the bee-house!
It doesn’t matter how powerful
your arms and legs are.

To God, that is more of a lie
than your weakness is.

In his doorway your prestige
and your physical energy are just dust
on your face. Be helpless
and completely poor.

And don’t try to meet his eye!
That’s like signing a paper
that honors yourself.

If you can take care of things, do so!
But when you’re living at home with God,
you neither sew the world together
with desires nor tear it apart
with disappointments.

In that place existence itself
is illusion. All that is, is one.

Lost in that, your personal form
becomes a vast, empty mosque.

When you hold on to yourself,
you’re a fire-worshipping temple.
Dissolve, and let everything get done.
When you don’t, you’re an untrained colt,
full of erratic loving and biting.
Loyal sometimes, then treacherous.

Be more like the servant who owns nothing
and is neither hungry nor satisfied,
who has no hopes for anything,
and no fear of anyone.

An owl living near the king’s palace
is considered a bird of misfortune,
ragged and ominous. But off in the woods,
sitting alone, its feathers grow splendid
and sleek like the Phoenix restored.

Musk should not be kept near water or heat.
The dampness and the dryness spoil
its fragrance. But when the musk is at home
in the musk bladder, fire and wetness
mean nothing. In God’s doorway your guilt
and your virtue don’t count.

Whether you’re Muslim, or Christian, or
fire-worshipper, the categories disappear.

You’re seeking, and God is what is
sought, the essence beyond any cause.

External theological learning moves like a moon
and fades when the sun of experience rises.

We are here for a week

, or less.
We arrive and leave almost simultaneously.

The Qur’an says, “They go hastening,
with the Light running on before them.”

Clear the way! Muhammed says, “How fine!”
A sigh goes out, and there is union.

Forget how you came to this gate, your history.
Let that be as if it had not been.

Do you think the day plans its course
by what the rooster says?

God does not depend on any of his creatures.
Your existence or non-existence is insignificant.
Many like you have come here before.

When the fountain of light is pouring,
there’s no need to urge it on!
That’s like a handful of straw
trying to help the sun. “This way!
Please, let this light through!”

The sun doesn’t need an announcer.
The lamp you carry is your self-reliance.
The sun is something else!

Half a sneeze might extinguish your lantern,
whereas all a winter’s windiness
cannot put That out.

The road you must take has no particular name.
It’s the one composed of your own sighing
and giving up. What you’ve been doing
is not devotion. Your hoping and worrying
are like donkeys wandering loose,
sometimes docile, or suddenly mean.

Your face looks wise at times,
and ashamed at others.

There is another way, a pure blankness
where those are one expression.

Omar once saw a group of boys on the road
challenging each other to wrestle.
They were all claiming to be champions,
but when Omar, the fierce and accomplished
warrior, came near, they scattered.

All but one, Abdullah Zubair.
Omar asked, “Why didn’t you run?”

“Why should I? You are not a tyrant,
and I am not guilty.”

When someone knows his own inner value,
he doesn’t care about being accepted
or rejected by anyone else.

The prince here is strong and just.
Stand wondering in his presence.
There is nothing but That.