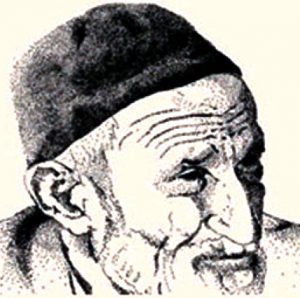 I thought that in this whole world
no beloved for me remained.

Then I left myself.
Now no stranger in the world remains.

the universe became a rose garden.
Not a single thorn remains.

Day and night my heart
was moaning “Ahhh!”

I don’t know how it happened–
now no “Ahhh” remains.

Duality went, Unity came.
I met with the Friend in private;

The multitude left, the One came.
Only the One remains.

Religion, piety, custom, reputation–
these used to matter greatly to me.

O Niyazi — what has happened to you?
No trace of religion now remains.