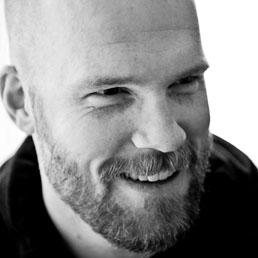 Two decommissioned highways cross
and continue toward their borders
with the casual certainty
the dead carry in their sample cases.
Leaning against the wind
I notice tufts of fur in the air
and a driveshaft rising from the sand,
then the horsehair of a violinist’s bow
drawn steadily across my neck.

About this Poem:
“Something I’ve always found meaningful and bewitching is a short poem’s ability to exist at the crossroads of vastly real and vastly metaphorical landscapes–the universe captured in a fleeting, image-driven shapshot. Charles Simic claims there is a ‘religion of the short poem,’ and I think he’s right. As for the poems I’ve been working on over the past year, which include ‘Opening Gambit,’ I’ve found myself at the altar of Yannis Ritos, James Wright, and John Haines.” 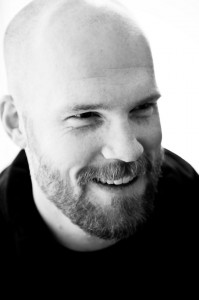 Michael McGriff is the author of the poetry collections

He is the co-translator (with Mikaela Grassl) of Tomas Tranströmer’s The Sorrow Gondola (Green Integer Books, 2010). In 2009, McGriff co-founded Tavern Books, a literary publisher dedicated to reviving out-of-print poetry collections with an emphasis on works in translation. He lives in Portland, Oregon.